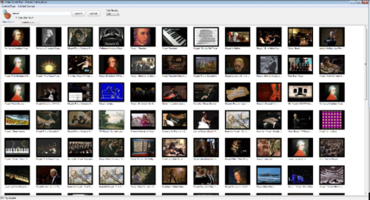 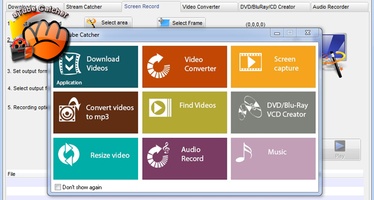 Advertisement
aTube Catcher is a freeware tool aimed at downloading videos from YouTube and other similar platforms. It can save videos locally for sharing, editing or watching them, even if you don't have an Internet connection.

aTube Catcher's main feature is that you can export the videos to different resolutions and formats. You can even download just the audio. What's more, its intuitive interface easily performs the process in just a few steps. The program is like other similar tools but it includes countless additional features:

You can also set properties such as size, aspect ratio, number of frames per second or video and audio codecs to be used during conversion. The program also gives you the possibility of recording the video you've captured directly to DVD. But that's not all, there are other additional features such as a sound recorder, a video converter or an option to taking screenshots of your desktop activity. Plus, aTube Catcher can download and convert FLV files that are hosted on pages other than those mentioned above.
Reviewed by Álvaro Toledo

Excellent performance, meets all my expectations.

I've always used this program, however, yesterday, I installed the latest version and I was annoyed, the word would be different...rs Full of Viruses, I couldn't even remove it through the control pan...

thank you very much for this service.